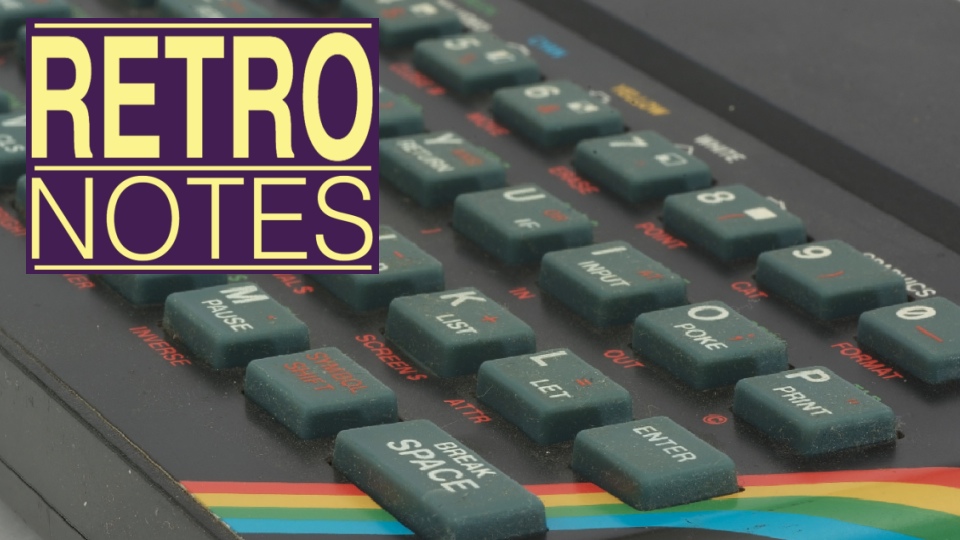 This is a repost of an article over on the Retro Spectrum page at Facebook, part of a community I am building up around the ZX Spectrum, live streaming, and retro computer games. You can find out more on Facebook, YouTube, and Twitch…

First of all, a huge thank you to everyone here following and liking Retro Spectrum. As July came to a close, we passed 200 likes on the page, which I’m regarding as a notable milestone for this small but growing community.Given that milestone, I though I’d take a moment to talk a little bit about what brought me here, and what we can all look forward to in the future.

At the start of 2019 I started PC gaming with a Windows 10 powered Razer Blade 15 – I was not looking for ultimate power so their Base Model was more than sufficient (and frankly a huge leap in gaming specs over my older laptop). I also decided to take a closer look at game streaming to understand the landscape so I could write about it for various tech and gaming publications.In mid-February, I published some of my first steps into the streaming world on Forbes. At that point the focus was still on PC gaming (notably Dovetail Software’s Train Sim World and Train Simulator, but my article also has a rather prophetic note:“Now I’m not ready to make a big push for viewers… But there’s an area where I have gamed a lot in my time, which I know the limitations, and can talk for hours. My first computer, 1982’s ZX Spectrum. So with emulator in tow, replicating the classic font in my scene overlays, and a sense of ‘lets explore retro nostalgia’, my Twitch channel is up and running.”At this point, I’ve got enough understanding of the hardware and software required for streaming to have competency in this side of Twitch and streaming. But the other side – the community that builds around a streamer, the interaction in chat and in other spaces – these are just as much part of the scene as ‘watching someone play a game’. I decided to think about the best approach to community building… knowing that any big push will have to wait until after covering the Eurovision Song Contest in May.

I decided that in June I would set up some spaces for the community to sit alongside Twitch – namely the YouTube channel and the Facebook group. It was clear that using Twitch alone would be very hard to build up a community on, especially as I would not be streaming three hours a night… hence Facebook. Search on Twitch also seemed to be focused on live and top performing games, which was not for me. That meant setting up a YouTube channel as well.As to my ‘chosen specialist subject’ it was clear I would never make a dent on playing games such as Fortnite or Apex Legends. So I turned to an area of gaming already hinted at in the Forbes article, an area that I did know well, that I could talk a lot about, that I knew far too much about… the Sinclair ZX Spectrum.

By the end of June everything was set up, a basic look/theme had been decided, and a Spectrum loading screen style image of me was painstakingly converted from an actual picture (that’s part of it on the left). It was time to start getting noticed.That was July’s goal, to get noticed and to head down the path of having a community where we could talk about the games I was playing (and reviewing) as well as to see just how difficult Twitch’s affiliate level was in reaching.

How does it look in the first week of August?

Well, the Facebook community is over 225. YouTube is at 45, and the Twitch channel has hit 50 followers – a magical number that almost unlocks the affiliate level. I went in unsure of how fast growth would need to be, and I feel really happy with those numbers!

In terms of Twitch, passing the 50 followers mark leaves the rolling 30 day measurement of ‘three concurrent viewers per livestream’ to unlock the affiliate level.. Whether that happens by the end of August, or needs a larger pool of followers so is not achieved until September is the question.I’ll continue to try to put up longer clips and reviews on YouTube at a rate of four a week and just let that subscriber count climb up naturally.Finally, here on Facebook, much like YouTube, I’m going to keep gathering followers to the community here, link out to the longer videos on YouTube and upload shorter clips to Facebook – that mix seems to be working so far.Beyond the idea of ‘try to get a follower every day for each service’ will continue (yes the classic one thousand true fans method in action). I expect I will discuss starting a Patreon funding drive once the community grows – I think when Facebook hits 400 fans the community and I can have that conversation with a view to a public launch after 500 Facebook fans is reached. It’s my opinion Patreon works better when there is an existing community to help start it.As for what Patreon can offer beyond the appeal of regular income that promotes a better timetable for the creator, I have a few ideas on a project that would sit alongside the streaming, game clips, and video reviews…

For now, I’m having fun and am going to continue making videos about the ZX Spectrum. I hope you’ll all continue to join in with the fun!And I’d love to hear your thoughts.

Ewan Spence is a storyteller in the online worlds of media and technology; covering smartphones, gaming, music, Eurovision, wearable tech and more…